The Promise of Jatropha 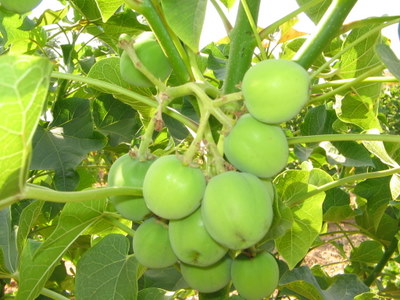 Jatropha curcas, a humble tropical shrub-like tree often used as a living fence in developing countries, may actually be headed for star status as a prime source of bio-fuel in the 21st century.

As research scientists and engineers first considered biofuels in the US and Europe, ethanol made from corn and biodiesel derived from soybeans, looked very promising. Good for the farmers, easy to grow and inexpensive.  What wasn’t taken into consideration was that the increased demand would send prices for these commodities sky-high. While this was a welcome windfall for farmers growing the crops, it created a series of serious issues and ultimately it doomed the industry for a number of reasons, not the least of which was that it became virtually impossible for the producers of the fuels to make money.

Two big lessons were learned:  In order to make money in biofuels, a producer had to control the feedstock, and the feedstock should not compete with food.  Enter jatropha.

Jatropha is easy to grow, will produce fruit within a year of planting, does not compete with food crops, provides oxygen for the planet and grows even in poor soil.  The plant’s biggest weakness is its inability to withstand frost, which automatically eliminated it from being grown anywhere else but the tropics.

Unfortunately, most of these companies were run by people with no experience in farming, much less in putting together an offshore agricultural project.  Understandably, investors have been reluctant to fund these projects for that very reason, but just because funding is difficult to come by, it doesn’t lessen the demand for jatropha oil. This is why some clever entrepreneurs are reexamining the plantation business model, choosing instead to try a decentralized approach to oil production.

Jatropha is widely used as fencing in equatorial countries because it is fast growing and the leaves and fruit are toxic, keeping animals out of the gardens. Jatropha bears clusters of small fruits, with oil-rich seeds, and the seeds are precisely what biodiesel producers are looking for.

Biofuel developers are now recruiting rural residents to gather the seeds from the fruits and bring them to centralized collection facilities in much the same way as coffee is grown and harvested in cooperatives. There are two separate markets for the seeds, the first for those that want to press them for the oil they contain. One kilogram of fresh seeds is worth anywhere from $10/kg to as high as $30/kg. The fresher the seeds and the higher the oil content, the higher the price.

Developers seeking to establish plantations are also in the market for fresh seeds as well as cuttings from established jatropha trees. The dearth of large quantities of seeds and cuttings is a limiting factor in the jatropha industry’s growth. A relatively small jatropha development of 10,000 hectares, (24,700 acres) would need around 25 million seeds, assuming every seed is viable. In the Americas alone, (Mexico to South America and the Caribbean) an estimated 500,000 hectares of new plantations are in development, which means that a total of at least 1.25 billion seeds or cuttings are needed. Savvy developers are already establishing relationships with rural residents in countries such as Mexico, Belize, El Salvador and Costa Rica to collect seeds and turn them in for immediate cash payments.

Jatropha oil’s popularity has attracted scam artists looking for quick profits. However, these people are being marginalized as more knowledgeable players enter the market, establishing solid relationships with in-country partners who can help either collect plant material or assist in the establishment of the plantation itself. Although jatropha has suffered somewhat from hype and overly zealous promoters, it is increasingly apparent that it is not going to be labeled a fad, but instead will become a reliable feedstock for transportation fuel as well as power generation, thus ensuring the demand for seeds and cuttings will remain stable for the foreseeable future.

For those of you interested in potentially being involved in jatropha, either to provide seeds or to establish or work on plantations, please contact Chris Lein or Mike Keller at www.unitedgrowers.com

Additional Information:  There are currently several projects underway for the use of jatropha as a biofuel in the US.  Jatropha can be mixed with diesel.  As little as 3% jatropoha mixed with diesel makes diesel run cleaner and without its telltale aroma.  A higher percentage could be added but it doesn’t produce any additional environmental benefits.

Currently there are projects underway in the Philippines, Peru, and plans for Colombia, Costa Rica, Indonesia and the Dominican Republic.  Within the next two years, many more projects will begin.  Please check back periodically for more updates on jatropha projects.  If you are interested in being involved, contact Mike Keller at the above address.  (Patricia Rain)