By the end of our first conversation I mailed her my book and she mailed me hers and we made plans to expand the interview (and its due date) as well as exchange information in support of the work we have chosen.

I’m still amazed that I had not heard of, Bread, Wine, Chocolate: The Slow Loss of Foods we Love; 2015; Harper Collins. Somehow it flew under my radar. I am so grateful that Simran was asked by Smithsonian Magazine to write an article on vanilla as I gained a lifelong friend and colleague.

All this is to say, if you choose only one new book to read this year, it should be, Bread, Wine, Chocolate! 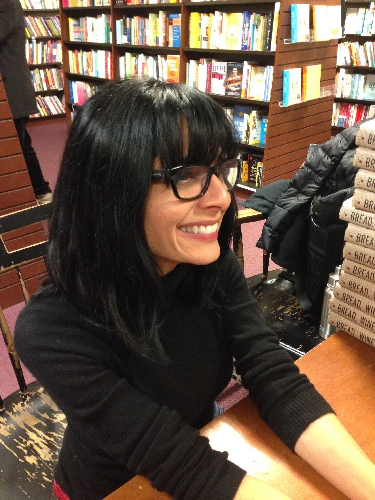 The introduction begins, “This is a book about food, but it’s really a book about love. It’s about that moment when you find yourself savoring something so wholly and intently you never want to let it go.”

We travel the world with Simran as she deftly weaves together the history, the science and the pleasures of each of these foods. She interviews those whose livelihoods are based in growing, harvesting and producing these iconic products. We learn how taste, choice, and a changing climate have conspired over time to endanger their biodiversity and sustainability, bringing us close to a tipping point, where we must act now if we are going to enjoy them in the future.

A guide for mindfully embracing and tasting each of the foods and beverages Simran highlights is included and she shares her new awareness and appreciation of each with us so adeptly that it’s as if we’re sharing the table with her. Although I’ve been immersed in the world of food and beverages most of my adult life, I learned a new way of connecting with the nuance of aromas and palate and how we can experience flavor differently. What a gift!

This is a book to savor as well as a book that invites you to savor the familiar with a beginner’s mind. It is also a wakeup call for the potential loss of biodiversity and what this could mean for the future of food. You will find yourself reflecting on Bread, Wine, Chocolate long after the last page has been turned.

A Bit About Simran Sethi
Simran is the former host of the PBS QUEST series on science and sustainability, and was the environmental correspondent for NBC News, which included contributions to CNBC, MSNBC, TODAY  and Nightly News. She was the founding host/writer of Sundance Channel’s environmental programming The Green and the creator of the channel’s web series The Good Fight, highlighting global environmental justice efforts. Simran wrote and hosted Ethical Markets, PBS’ first national financial lifestyle show focusing on sustainable business, and was also the host of the Emmy Award-winning PBS documentary A School in the Woods. She was the senior news correspondent and managing editor of MTV News India in Bombay, where she created the channel’s news programming for television and radio.

The Slow Melt
Simran is also the host, writer and creator of The Slow Melt, the first podcast to cover the continuum of chocolate. I encourage you to follow The Slow Melt, especially if you, like most of us, want to know how to best navigate the politics of chocolate and how we can help growers as they deal with the issues of the changing climate. If you are an artisan chocolate producer or know someone who is, please connect with Simran for a potential podcast interview. Funding for programs such as hers has been limited. Your support as a listener or subscriber is greatly appreciated.

More About Bread, Wine, Chocolate
Now Available in English, Italian and Korean
Chosen by Smithsonian a one of the best food books of 2016
Winner of the Nautilus Book Award (Gold) of 2016
Featured Article in The Wall Street Journal
Reviewed in the Guardian and Science
Interview on National Public Radio
Additional reviews and information at Simran Sethi

Purchasing Bread, Wine Chocolate
Books in English are available through Amazon, Barnes and Noble and most bookstores.