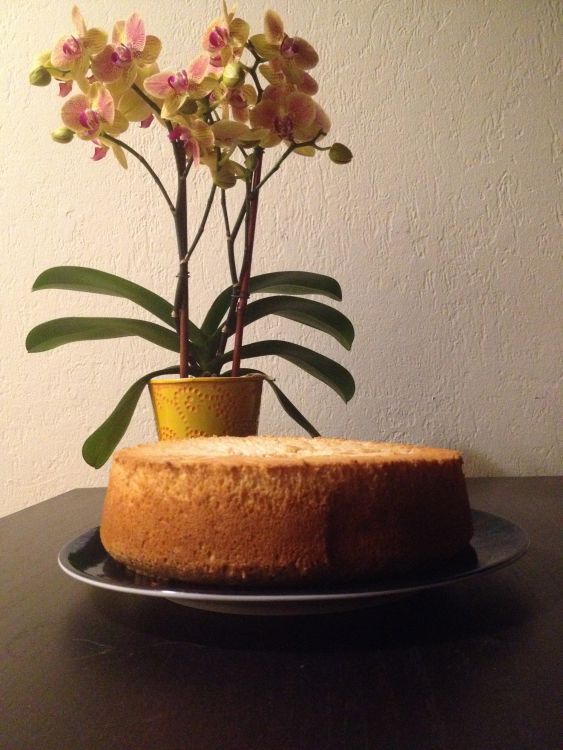 Flo Braker is a very talented baker, specializing in desserts. The author of “The Simple Art of Perfect Baking,” and one of the original members of The Baker’s Dozen, a national group of culinary professionals, Flo has assisted thousands of bakers with simple secrets that bring spectacular results. Her angel food cake has been featured in culinary magazines and newspapers as the definitive recipe. Need I say more?

Place fresh cold egg whites in the bowl of a heavy-duty mixer. Set aside until they reach 60 degrees, slightly below room temperature.

Pour flour, powdered sugar and salt into a triple sifter. Sift onto a sheet of waxed paper; set aside.

Gently pour the batter into an un-greased 10-inch tube pan.

Bake 40 to 45 minutes, or until the top is light golden, the cake feels spongy and springs back when touched, and a wooden toothpick inserted in the middle comes out free of cake.

Invert the cake (in its pan) onto the neck of a bottle or funnel. Let cool completely before removing from pan.

To remove, slip the tip of a small metal spatula between the cake and the pan. Slowly work tip around the perimeter to release any cake sticking to the top of the pan. Tilt pan on its side and gently tap it against a counter to loosen the cake. Rotate pan, tapping as you turn, until the cake appears free. Cover with a rack, invert and tap pan firmly to release the cake. 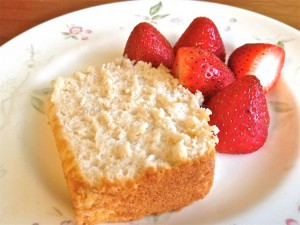