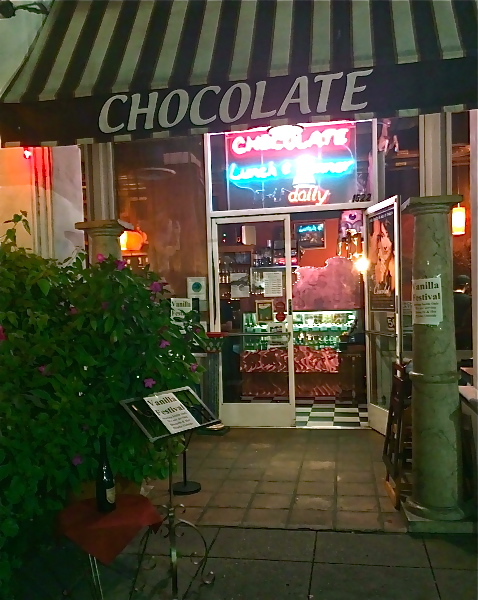 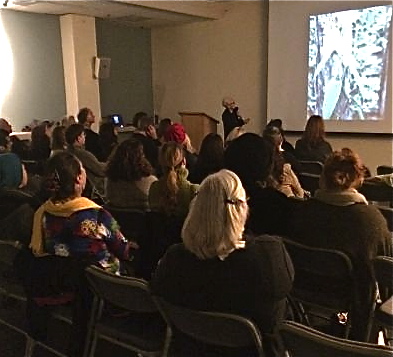 We began the evening at at the Museum of Art and History, a short walk from the restaurant. I transported guests to the tropics where we revisited vanilla’s origins in the Mesoamerican rain forest and the twin Cities of El Tajin in southern Mexico to its presence worldwide as everyone’s favorite flavor and fragrance.

We stretched our legs during the short walk to Chocolate where we luxuriated in a three course meal, crafted to highlight the exceptional and versatile flavors of vanilla and chocolate. Unfortunately, we were all so caught up in the moment we neglected to take pictures of the food! A dumb move for food obsessed producers and guests, but everyone was having such a good time meeting one another, ordering and then enjoying the meal, that it slipped by us. At least we have photos of the evening’s menu.

And lots of photos of guests tucked into the two room restaurant. 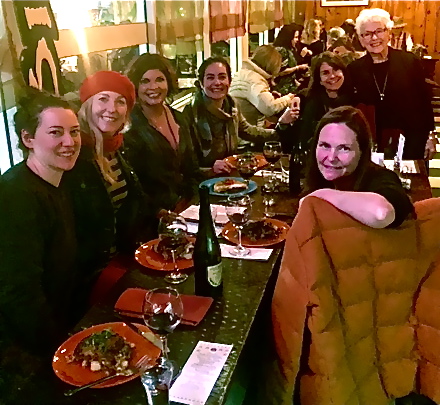 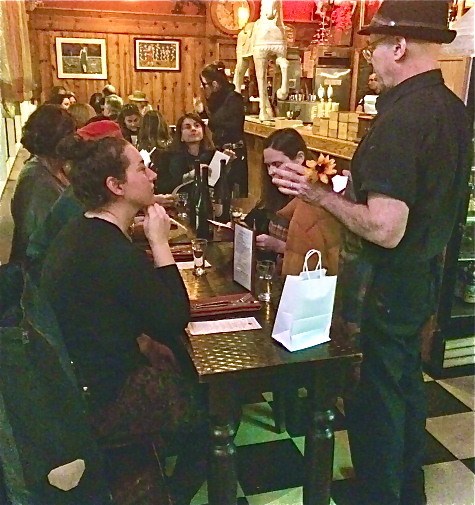 David and Michele met with guests, described the entrees and took orders. 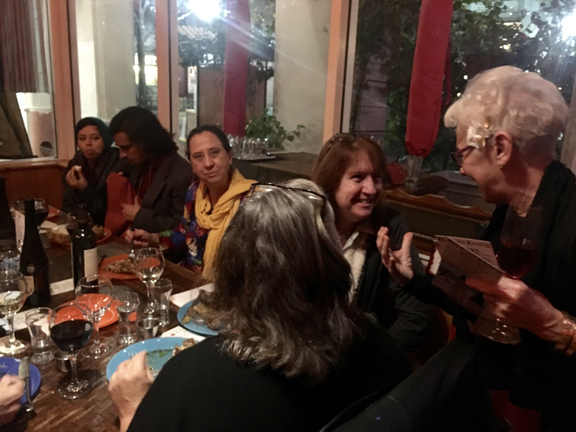 The artichoke crowns with roasted garlic and vanilla Mascarpone filling was divine. The roasted duck and swordfish entrees were the main choices for entrees and were exceptional. Guests asked if these were my recipes. I assured them that everything served this evening came from Chef David. They then wondered if I could possibly post the recipes on my site. We’ll see what he says — but I hope so. 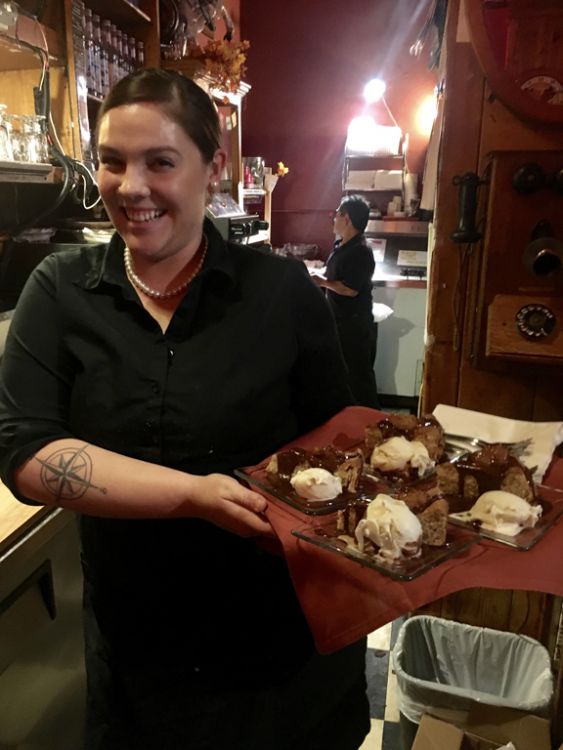 The Flourless Almond White Chocolate Torte was topped with a generous slice of vanilla scented roasted apple, warm chocolate ganache and locally made vanilla bean gelato. It was served with a Champagne and Raspberry-Vanilla wine cocktail made by local Pelican Ranch boutique winery. Somehow we all managed to eat every bite. 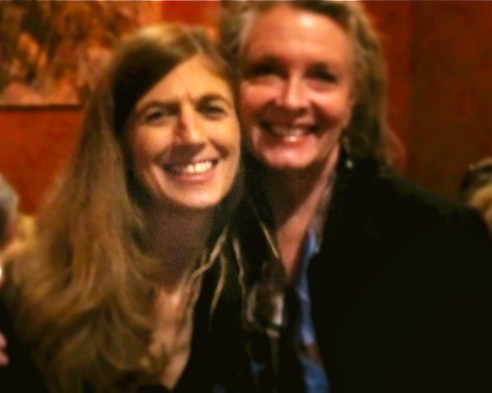 The Contessa, Gina Tassone, our COO, and Lady Gigi Codman, our warehouse goddess. 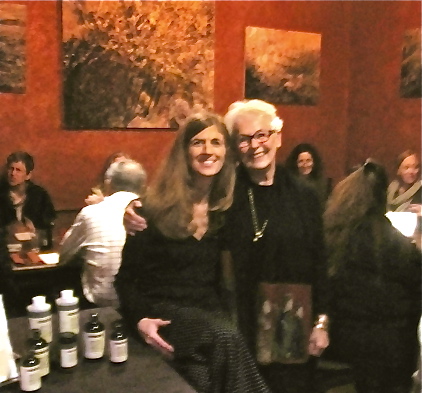 The Contessa and Queen.

Now that our event is behind us, we’re already considering  a sequel. We’ll let you in plenty of time for you to secure your place at the table! 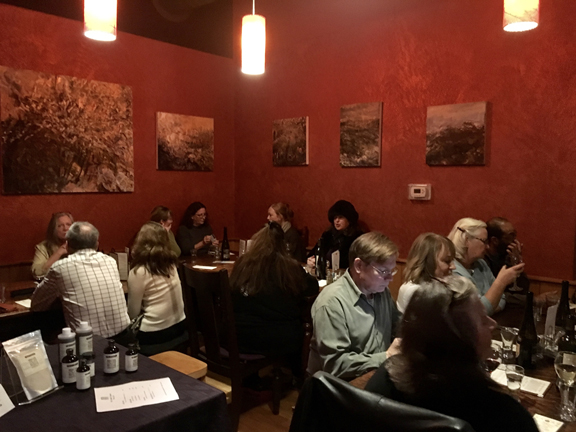 In the meantime, I encourage you to drop into Chocolate between 11:30 am and 11:00 pm for a meal, a beverage and/or one of Chef David’s delicious desserts. More about Chocolate