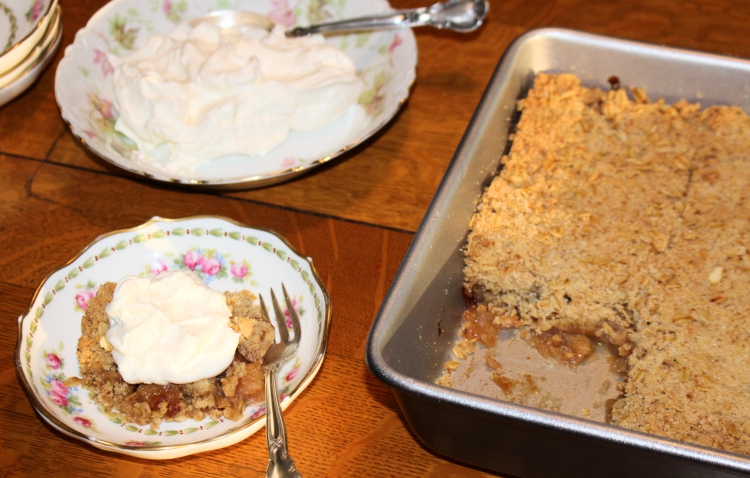 Nothing says autumn like the crunch of a fresh apple, flavorful juices flooding your mouth, triggering thoughts of autumn and hardwoods blazing with color.  While I hate to let go of summer stone fruits, by September I’m ready for apple season to officially begin. Apple Crisp or a blended fruit crisp are a pleasurable way to celebrate. I found and adapted the following recipe years ago; the consensus of at least 100 people is that it’s the best Apple Crisp, bar none, that they’ve ever had. Obviously, I concur.

Many years ago I lived in Mendocino County, following a childhood dream to live along the rugged Northern California coastline. In a rare bit of serendipity, I landed in the second oldest farm house on the coast, nearly on the headlands outside of Albion. Built in the late 1880s by Canadian immigrants, the farm was simple and utilitarian, with wall-to-wall hooked rugs and old newspapers used as padding underneath, closets lined with newspapers from the 1890s, and currently painted with surplus gray and yellow paint from World War II, though the war had ended twenty-five years earlier. 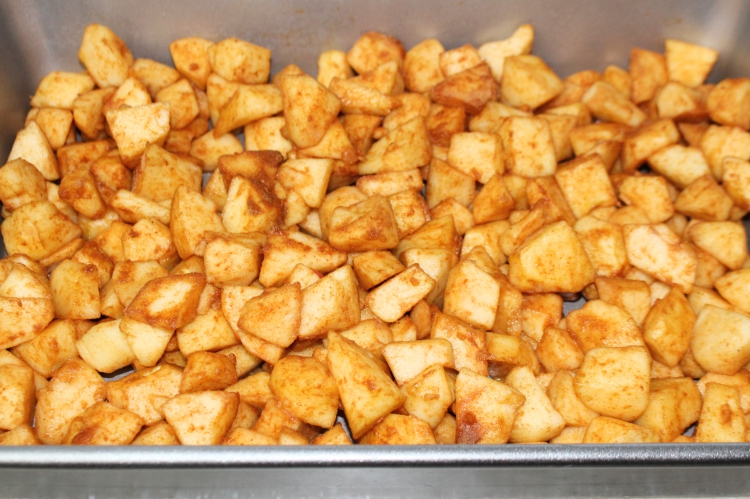 What it lacked modern comforts it made up for it with beautiful woods, serenity and an orchard filled with heritage apples and pears. I can still remember a dreamlike October evening when mist hung low in the orchard, a full moon dazzled overhead, and deer silently slipped through the orchard like shadowy spirits. The only sound filtering through the mist was the deer chewing apples. 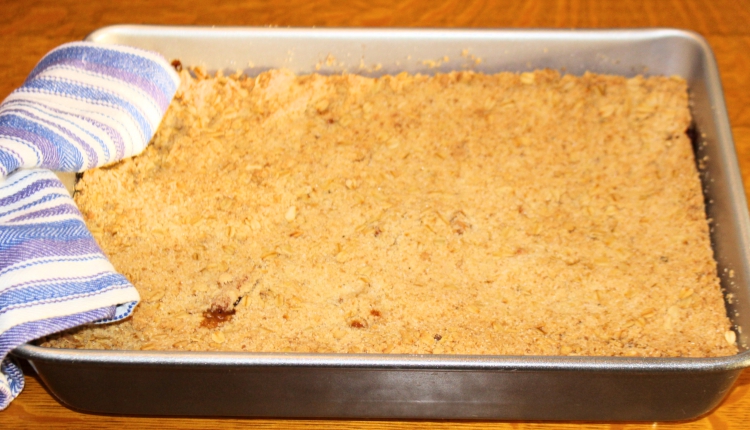 It was early during my time on the farm that I befriended old man Gowan, whose family still runs Gowan’s fruit and vegetable stand along route 128 in Philo between Cloverdale and the Coast. He was a wealth of information on fruits and vegetables.  Because of him and the apples in the old orchard where I lived, I learned that heritage apples make the very best apple pies, cakes, sauce and crisps.

This recipe works is lovely with apples, pears and blended crisps like apple cranberry or pear raspberry. I encourage you to use a blend of heritage apples if possible as it makes the flavors pop. Adjust the sweetening and spices depending on the fruit you’re using.

7 – 10 tart apples depending on size, peeled, cored, and sliced

Mix together the flour, oats, sugar and spices in a large bowl. Using the large holes of a grater, grate the butter into the bowl. Blend until the mixture just begins to come together, being careful not to over-mix. You can also do this in a food processor if you choose, but don’t over-mix.

Toss the apples in a large bowl with the sugar, cinnamon, lemon juice, and vanilla. Spoon into the baking pan and sprinkle the topping mixture over the fruit.

Bake for 45 minutes, or until the apples are tender and the topping is browned and crisp.

Adjust sugar if you are using sweet apples or other fruit, and adjust spices as you wish. 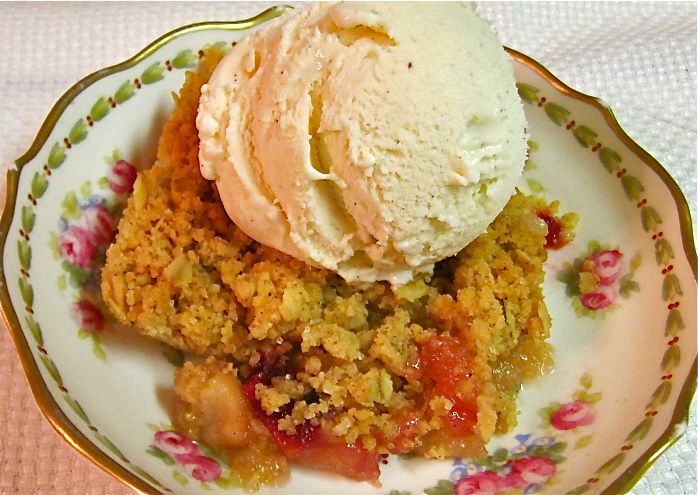