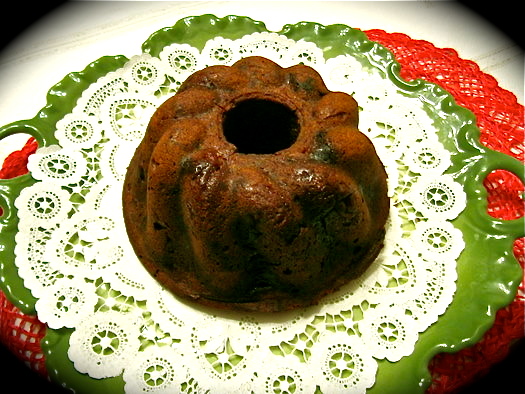 This was going to be all about persimmons and persimmon pudding, but I have just finished putting up a case of applesauce from the heritage apples in my front yard. It’s so delicious I have to write about it as well.  First, a persimmon story.

My father was stationed in California during World War II.  He pondered why they lived in East Cleveland, which was  hot and humid all summer, buried in snow each winter, and always dirty from coal and steel mills. So when he returned to Cleveland after the war, we three got on the train and moved to California.

The first year we were here, my parents and I were invited for Thanksgiving by a business friend of my father.  We were living in San Francisco and traveled down the Peninsula in our 1947 Ford Coupe.  I remember the trip. The San Francisco Peninsula was still largely rural and the leaves were turning. My mother asked what she might bring to the meal and the wife asked her to bring persimmons.

Persimmons were unheard of in Cleveland in those days; my mother had never before seen them.  She chose a dozen cheery, orange persimmons, firm and inviting, and brought them to the party.  The woman, who was at least two generations older than my mother, gave her a withering look and informed her that the persimmons were supposed to be soft, not firm!

My mother was too intimidated to attempt another go with persimmons until five or six years later when she either purchased or was given Helen Evans Brown’s West Coast Cookbook.  It was in this book that she found a recipe for persimmon pudding.

Apparently Helen Evans Brown was not a big fan of persimmons.  She says, “This is one of those dishes that can’t be taken or left alone.  You either like it or you don’t…I am not convinced that the pudding wouldn’t be just as good without the persimmons.  Serves 6 to 60.”  For the record, we like them.

Hachaiya persimmons are a little intimidating, especially if you’ve ever attempted to eat one before it is ready. Mouth-puckeringly astringent!  They need to blett, a term used for only two fruits that I know of — persimmons and medlars —  and you are not real likely to find medlars in the any market as nearly no one grows them.

Bletting means that the fruit isn’t ready to eat until it has essentially collapsed from ripeness and is close to fermenting.  When the Hachaiya persimmon bletts, it’s deliciously delicate.  And ready to be made into pudding.

My mother served the pudding warm with lemon sauce made from Meyer lemons.  Later on I learned that some people also serve whipped cream with it.  The combination of warm persimmon pudding with both lemon sauce and whipped cream is truly unbelievably good and worth begging persimmons from anyone who has a tree.  Here is the recipe

Now for the apples.  In my early 20s I lived in San Francisco.  My primary 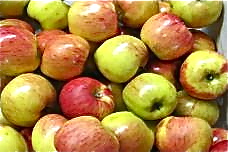 care doctor was a gardening enthusiast and full of suggestions each time I saw him. When I told him I was moving to Mendocino County, he told me to be sure to stop at Gowan’s Oak Tree and get Sierra Beauty apples.  “The best apple ever!” he said.  So I did stop at Gowan’s Oak Tree and got to know old man Gowan well enough to have lengthy apple discussions with him over the next several years.

I lived on the second oldest farm on the Mendocino Coast.  It had over an acre of apples and a few pears so I became obsessed with learning about apples.  And although we had many interesting heritage apples, I admit I was hooked on Sierra Beauties.  Enough so that after I left Mendocino, I made yearly pilgrimages to Gowan’s for the apples.  One year I brought some Sierra Beauties to an Italian produce seller to sample.  He contacted old man Gowan and now Sierra Beauties are available in stands and specialty stores throughout the San Francisco Bay Area.

After I finally was able to purchase a house in Santa Cruz, I immediately planted a Sierra Beauty and a Red Gravenstein in my front yard.  Both trees are unbelievably prolific.  Fortunately, the Gravensteins are ready in late July and the Sierras first ripen in October.  Nevertheless, I provide apples for a lot of folks in the area.

Which leads me to putting up the applesauce.  I don’t know how you do it, but here’s what I do.  I cook apple chunks in apple cider or apple juice so that I need very little sweetening.  Sierra Beauties are a bit tart, so I usually add a little cane sugar or honey.  I then add Ceylon cinnamon, freshly ground nutmeg, freshly ground allspice and freshly ground vanilla bean powder.

The applesauce is perfect for cakes and cookies or just plain eating.  The way I most like it — the way I ate it just as I began this blog — is warm with full-fat Greek yogurt, heavy cream or creme fraiche.  For company, I add a swig of rum to the warm applesauce.

There’s still time!  The Pink Ladies have come in, some Honeycrisps from Washington are still on the shelves.  If you can find some Romes, they’re excellent.  But if you can find some Sierra Beauties, you will have really scored.