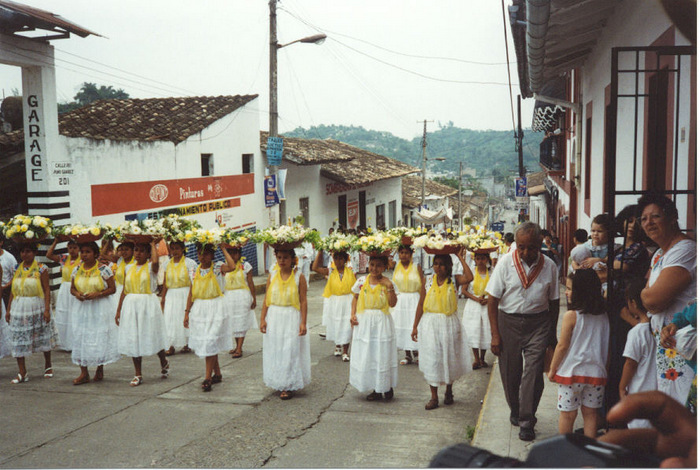 Beautiful, exotic Mexico. Warm weather, gorgeous beaches, a rich and varied culture, delicious food, and…the birthplace of vanilla. Some of you may be thinking, “Well, duh! I buy my fabulous vanilla there every time I visit.” In which case you should take a moment to read about your fabulous vanilla here. Otherwise, here is a brief overview of the history of the Mexican vanilla industry and why Mexican vanilla beans are difficult to come by today.

Mexican vanilla was a greatly prized gift to the Europeans

Vanilla beans were first used in early Mesoamerica to perfume altars and its orchids were mixed with other herbs and made into amulets to protect against malevolent spirits. Later, the Olmecas and Mayas began using vanilla beans to flavor the corn-based beverages, called atoles and later still, made the infamous chocolatl that the Aztecs got credit for but didn’t invent. Vanilla grew wild in the forests, but because of its unique and complicated reproduction cycle, vanilla beans were rare and greatly valued. 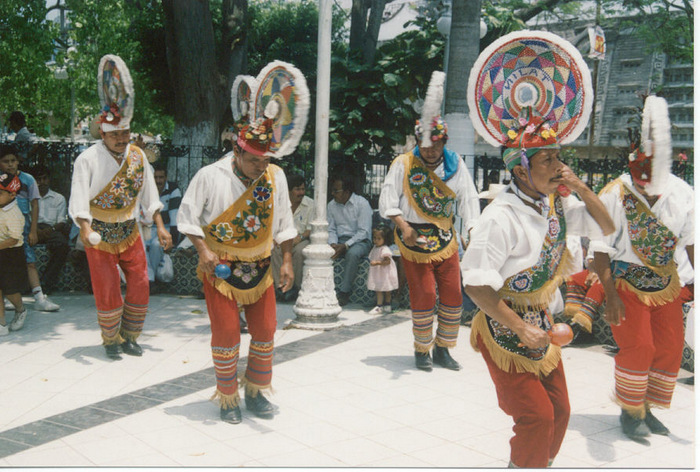 After the Conquest, and Mexico was known as New Spain, the demand for vanilla both locally and in Europe grew dramatically as the Europeans used it to flavor both beverages and confections. The Totonacas domesticated vanilla along the Gulf Coast in what is now Veracruz State, by making cuttings and planting the vines closer together in the forest. This doubled the crop. It was a very small crop relative to today’s market, and proportionately, far more costly. This inspired the Europeans to bring cuttings of the vines to their tropical colonial outposts. The vanilla flourished, but it only rarely produced beans. The Mexicans said that it was the Curse of Moctezuma — you can grow it but it won’t produce! As a result, Mexico held the monopoly on vanilla production until the very early twentieth century.

The need to hand pollinate vanilla orchids to produce beans was discovered by a young slave in Reunion, in 1841. This changed the vanilla industry forever as it could now be grown anywhere in the tropics. The information didn’t reach Mexico, however, until the 1870s. When it did, Mexican production exploded. While two varieties of bees had pollinated the Mexican vanilla from time immemorial, it was a hit-and-miss proposition as vanilla orchids only bloom for about five hours before dying. And while vanilla was planted on tropical islands in the Indian Ocean and elsewhere, Mexico continued to hold the monopoly. Then came the Mexican Revolution.

In the late 1890s the French developed plantations in Madagascar. Just as production of vanilla began to take off in Madagascar, the Mexican industry shut down for several years as the Revolution raged throughout the region. This was immediately followed by the development of the petroleum industry in the Gulf of Mexico. The hardwood forests were cut down and gas lines run to Mexico City. In 1900 97 percent of the original tropical forest covered the region; by 1960 less than five percent of the forest was left and Madagascar was the largest producer of vanilla worldwide. A bitter pill for the Americas. The Mexican industry has continued to provide beans for the American, and European markets, though never on the scale of the first half of the twentieth century. 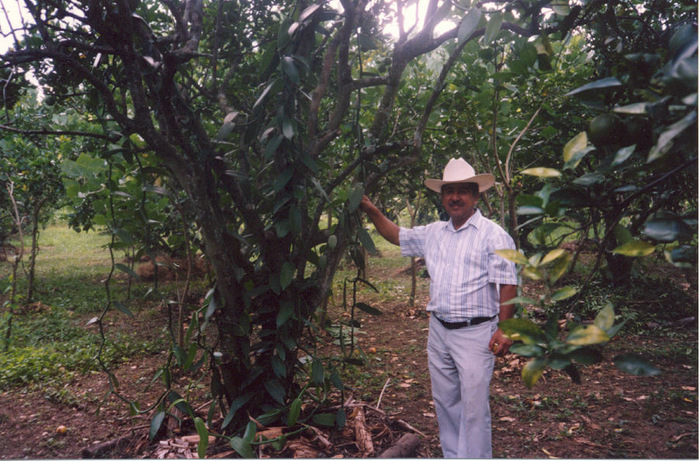 The Mexican industry attempts a comeback

In the early 1990s I began doing research on the Mexican vanilla industry. At this time production was a little more than 150 tons of green beans, or 30 – 35 tons of cured, dried vanilla. It was more challenging to grow vanilla now without the forest canopy as it had kept temperatures milder and the air more humid, ideal growing conditions. The indigenous Totonacas consider vanilla sacred and an important part of their heritage. Their innate skills in farming kept the industry alive even though they worked primarily on plantations of families of European heritage. Vanilla was also grown on ejidos, land given to the rural indigenous families at the end of the Revolution. Everyone really wanted to see their beloved industry revive. It was at this time that I became the voice for vanilla farmers. My first step was to trade a fax machine for vanilla beans so that market information could be easily shared. Later I established a Google Group where farmers worldwide who spoke English and had access to the Internet, could assist and support one another worldwide.

Although the will was there, the long-held practice of buying beans cheaply from the indigenous growers from their ejidos and paying low wages to workers on bigger plantations continued. The middle- and upper-class Mexicans who cured and dried the beans (beneficiadores) then sold them at a significant profit to vanilla traders, perpetuated the economic imbalance. The Growers Unions lobbied for funds to bring higher pay to the indigenous workers. While theoretically good, classism and corruption are so deeply ingrained in the culture that it actually works like this: Several groups vie for the funds. One group (or family) wins the “golden ring.” Forty percent is paid back to the government in kick-backs for getting the funds. The farmers continue to be paid low wages and those with the golden ring buy new vehicles and take vacations on the Mexican Riviera.

Even when indigenous groups received the funds, the kick backs still applied, the workers received low wages, etc. In one stunning case, the farmers were never paid, the Totonaca grower bought a truck for himself and his crony, but instead of a vacation in Cancun, he ended up in jail. The current generations of Totonacas have largely given up growing vanilla, instead becoming construction or petroleum workers, and the will to grow vanilla has declined.

Climate change and the cartels add to the misery

By 2002 the farmers and beneficiadores I worked with, most of whom had lived their entire lives in the vicinity of Papantla, the center of the vanilla industry, complained about how the weather was changing. It was hotter in the spring during pollination. The rains came later, the heat lasted longer into autumn, and the nortes ( cold air moving south from Canada and the US) were more frequent. Although the farmers have attempted to adapt, the last five years have been very difficult. When I spoke with a grower recently he said that the temperatures during the spring pollination are now more than 100 degrees. The rain is inconsistent; when it comes, it is a deluge. The beans turn transparent and fall from the vines due to the heat. By harvest time, the crop is significantly smaller than after the beans were pollinated.

In 2007 President Felipe Calderon declared war on the violent drug cartels. As the American and Canadian borders grew tighter, further violence ensued as cartels fought for control of the drugs and arms market. In the last several years, control of the Gulf drug corridor has become a focal point. Additionally, the state penitentiary is in Papantla. This rural city is beleaguered with endemic violence and corruption in the local, state and federal police forces. It is no longer safe for me to travel by bus from Mexico City as I once did annually, to visit a community with whom I am very fond. Most locals do their best not to venture past the city limits at night; those in the countryside go out only if they must. Kidnappings, extortion and intimidation keeps everyone on edge. 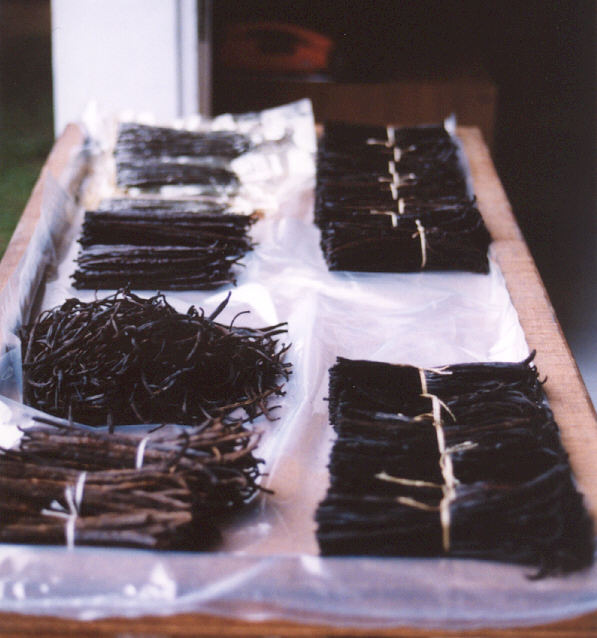 Last year there were only a few tons of vanilla beans available throughout Mexico. Most of that was purchased to make extract in the US. Nevertheless “Mexican” vanilla beans are still for sale. It’s important to be aware that gourmet and extract grade vanilla beans that look similar to Mexican beans have been brought into Mexico from other countries (mainly Madagascar) and are being sold as Mexican beans online. Interesting, isn’t it, considering that all the Mexican vanilla was gone before June of 2014.

There will be more vanilla this year than last if all goes as hoped, and farmers are inspired to plant once again as vanilla prices have gone up. The beans should be available by late spring of 2016 and will be expensive. The industry continues to hang on, but sadly, it is only a shadow of the glorious years when Totonaca women wore gold filigree necklaces and earrings and Totonaca men rode pedigreed horses and sported a vanilla bean and flower in their hatbands. Vanilla brought great fortunes to the beneficiadores and the Totonacas were the wealthiest indigenous group in Mexico. Visitors came from throughout the country as well as the United States and Europe to visit this beautiful hill town twenty miles from the Coast, to enjoy its vibrant culture and to inhale the intoxicating aroma of vanilla drying on rooftops and in courtyards. Papantla — known as, The City that Perfumed the World. 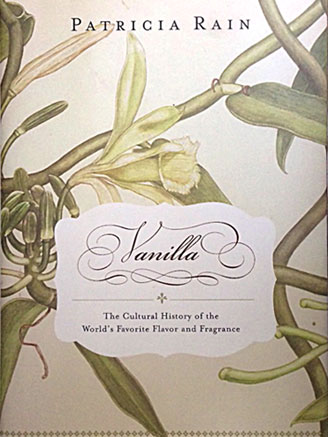 Want to know more about the history of vanilla in Mexico and its travels around the world? Relive the romance and intrigue in The Vanilla Queen’s book, Vanilla: The Cultural History of the World’s Favorite Flavor and Fragrance, on sale and available here.