We have used at least a gallon of your extract and every drop was fantastic! Highest quality I've ever found." – Danny
Sale!

Vanilla: The Cultural History of the World's Favorite Flavor and Fragrance

Nearly HALF OFF the cover price! A great price for a terrific book! Buy your copy now!

Vanilla: The Cultural History of the World’s Favorite Flavor and Fragrance is the first book ever that tells the story of vanilla from early Mesoamerica to the moment. Vanilla explores the captivating history of vanilla’s journey from Mexico to the courts of Europe, where Queen Elizabeth I flavored everything with vanilla and scientists announced its power as an aphrodisiac. Vanilla arrived in the United States by way of Thomas Jefferson, who fell in love with it in Paris. Tales of vanilla’s glorious reign in Mexico and its demise, precipitated by the Mexican Revolution and the development of plantations in Madagascar are followed by its surge in popularity during the Prohibition and beyond. Vanilla ends with the entreaty to support pure vanilla as, increasingly, corporations substitute cheap imitations for the real thing.

Each chapter includes recipes based on the time period or the various countries and cultures that cultivate vanilla worldwide. The book concludes with great tips and recipes for using vanilla in sweet and savory dishes. Vanilla is a must-have resource for everyone who loves good food!

NOTE: This item will be shipped via USPS Priority Mail. Please indicate if you prefer that we ship via Media Mail and reduce your shipping fee. Please note, we can only reduce fees on orders paid via credit card (NOT PayPal). Also, only books can be shipped via Media Mail.

Kathy
Latest posts by Kathy (see all)
Share this...

There are no reviews yet.

Be the first to review “Vanilla: The Cultural History of the World’s Favorite Flavor and Fragrance” Cancel reply

The Grommet Loves Our Vanilla 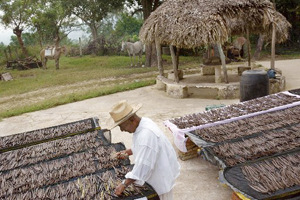