Stories of a Vanilla Garden: At Work in Madagascar

Written by Sarah Osterhoudt of From the Field Trading 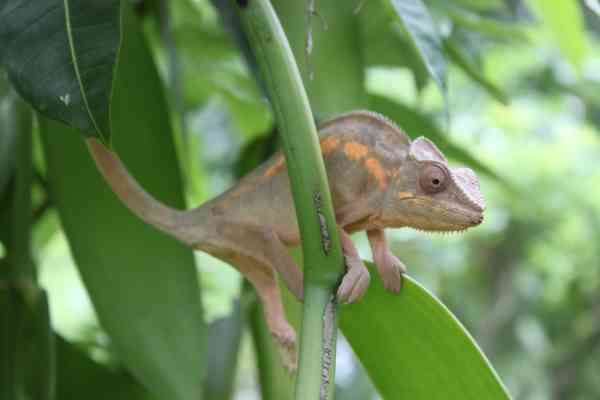 When my husband and I first walked through the forest vanilla gardens in the community of Imorona, Madagascar, where we spent two-and-a-half years as Peace Corps Environment Volunteers, we were amazed by the diversity of the landscape. We observed vanilla vines growing interspersed with fruit trees, clove trees, timber trees, food crops, medicinal herbs, palm trees and coffee plants.  A day working with farmers in their fields inevitably included taking breaks to enjoy some bananas, to share a jackfruit together or to drink coconut water for a burst of energy.  We soon learned to appreciate all the skill and hard work families put into their fields to keep them both productive and beautiful.

We are now in our fifth year of business, partnering with vanilla and clove growers living in this same community.  Today we realize that these vanilla forest fields do not only contain a variety of crops — they also tell a variety of stories.  Our friend Armand, for example, will often point out to us specific trees growing in his vanilla fields:  the twisting clove trees planted by his great grandfather, or the coconut tree planted to commemorate the birth of his daughter.  As he explained to me one afternoon while we were working together in one of his vanilla fields, “Here in Imorona, people are not remembered by books or in photos.  They are remembered by what they plant on their land.” 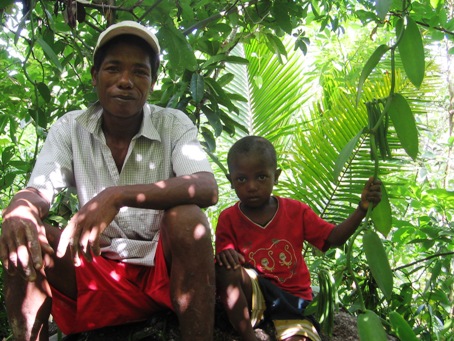 As another one of our farmer partners Martin illustrated, the stories contained in vanilla fields are not only about the past — they also look ahead to the future.  One morning, as Martin and I climbed up the red clay paths toward his vanilla fields, his four-year-old son Wishno walked alongside us.  When we arrived at Martin’s fields, he pointed to a particular section of his land where he planted some younger vanilla vines.  “This will be Wishno’s vanilla when he is older,” he explained.  Later that afternoon before returning back to town, we stopped to plant an orange tree and a breadfruit tree sappling alongside Wishno’s vanilla vines.  After planting, we then paused to imagine for a moment Wishno in another twenty years, harvesting breadfruit from the field to bring to his own children.

Today, we hear people talking about the idea of “sustainability” — what it is, what it isn’t and how to get it. For me, these conversations often become overly abstract and a bit frustrating.  Working in Imorona with vanilla growers, however, sustainability makes sense.  It is the eighth generation of a family farming rice on the same plot of land, as the neighboring fields are green with trees and vanilla vines.  It is thinking ahead to the next generation while appreciating the work completed by the generations before you.  It is looking at the landscape as a place where both crops and stories are cultivated together.  Overall, it is an inspiring and fascinating place to work, and we feel lucky to be part of these stories.

Periodically there are news or magazine articles child labor in the tropics, often described as forced labor or about children 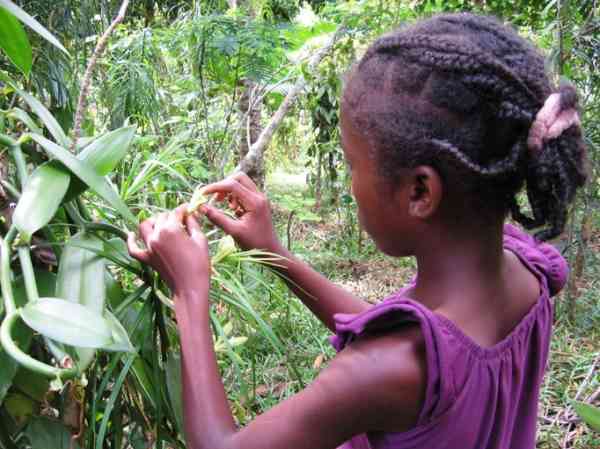 who have been kidnapped to work on farms.  While this does exist in some areas, the majority of children who work on farms are part of a family who grows cacao, vanilla, coffee and other crops.  Until the mid-twentieth century, children worked alongside their parents doing the weeding, harvesting and other tasks here in the United States.  Now that we are a largely urban country, we are often shocked to think about children working in the fields.  But it is necessary in a sustainable farming community.  School is not free in many areas of the world.  The child’s help often makes it possible for the family to have a little extra to pay for the school fees.  The children are usually proud of their ability to contribute to the family’s well-being.