How does a woman entrepreneur who launched an award-winning advertising and marketing business at the age of 19, change the direction of her life by launching a highly successful international non-profit focused on ending poverty in the developing world? For Carmel Jud, it was an epiphany that shifted her focus to create a new model for helping women here at home, as well as worldwide. 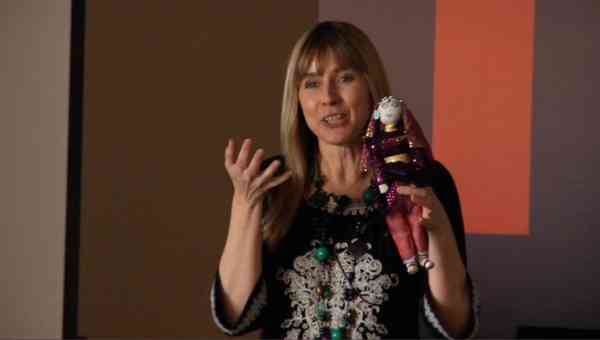 In 1999 Carmel picked up Depak Chopra’s book, The Seven Spiritual Laws of Success. He posed two questions at the beginning of the book: “If you had all the money and all the time in the world, what would you do?” and “How are you best suited to serve humanity?” Thought-provoking questions that triggered a spiritual quest within her.

Two years later, after the attack on the World Trade Center occurred and media coverage shifted to Afghanistan, Carmel learned of the oppression of women at the hands of the Taliban. She wondered how many other women worldwide suffered violence and oppression and were voiceless and unnoticed.

As a way to reach out to the women of Afghanistan, she ordered some Afghani crafts online. When they arrived she realized that the crafts were a caring bridge between her life here in California and the lives of women across the world. She was deeply moved by the story of the widow who had created the pillow she ordered. She decided to order more crafts, but she felt that by selling them in a retail store, the story might not carry across as well as it would in a more intimate venue, like her living room. She held a party at her home and invited friends. Unknown to her, a reporter from the local newspaper was invited to the party by a friend. The reporter published an article in the newspaper and soon she was getting calls to hold parties. The concept was such a resounding success that she knew she had to make a bold move.

Most Americans have not seen firsthand  the crushing effects of poverty in the developing world. When they learn about it they usually want to do something that matters, but where to start? This is when Carmel decided to create a new model for educating American women about the reality of the lives of women in much of the world: the Home Party. She launched Rising International using this powerful direct sales model used by organizations such as Mary Kay Cosmetics, Pampered Chef, Tupperware and Avon.

Rising International is the first organization in the world to use the Home Party business model to help put an end to poverty. With the generous support of Dina and Clint Eastwood, Connie and Bob Lurie (former owners of the SF Giants) and a grant from AT&T Pebble Beach Charities, the parties began in 2002.

In order to take the parties on the road, Carmel and her husband sold nearly everything they owned and moved into a barn to finance her road trip. With two friends, including Nadia Hashimi, an Afghani woman she met through the crafts connection, they loaded up a van full of crafts and traveled the California coast, holding parties. It was a huge success.

Nadia shared her heartfelt story with the attendees at the parties and elsewhere. How she and her family taught 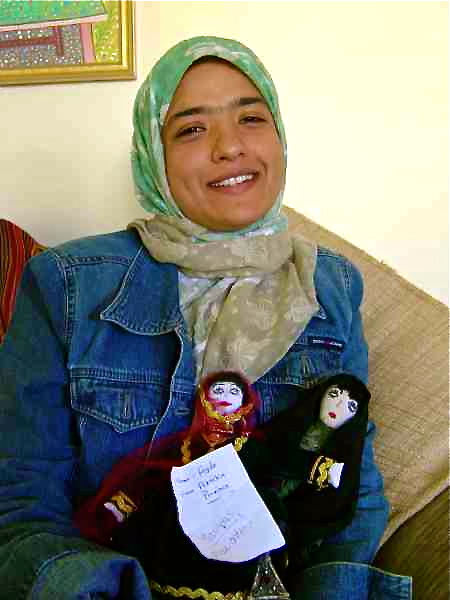 themselves to read and write English by confiscating pieces of books burned by the Taliban, how her brother died in rocket attacks, how her mother was caught by the Taliban for running a secret school for girls. She told about how she won a scholarship to come to America to study and how her parents broke custom to allow her to travel to America alone. The stories were both wrenching and inspiring. Even more remarkable, when Nadia came to the Monterey Institute of International Studies, she had no idea that she would be the first Afghani woman to receive a Master’s degree after the crackdown on women by the Taliban.

If 5 million women in the world can sell $9.9 billion in cosmetics for Avon, imagine the possibilities if 5 million people globally sold handicrafts made by the world’s poorest women. The contribution to ending world poverty would be astounding!

Rising International now carries crafts from 45 different countries. What an amazing way for us to support women in the developing world while also having a tangible piece of art to enjoy in our homes!

Rising International has a new program launched last year. Initially, the doll project was an idea that Nadia and her mother suggested to Carmel. The dolls are made by Afghani widows and each is unique. Once the dolls were part of the Home Party crafts, the women at Rising International pondered, “How far can a woman go?” This put into motion a traveling doll exhibit. They’re sending Afghan dolls across the world as a way to bring greater awareness about the oppression and also resilience of women in much of the world.

The first traveling doll exhibit honors the mothers of Afghanistan. These women have been 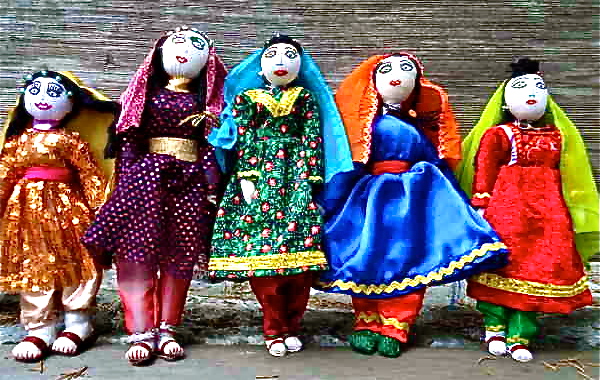 oppressed, endured decades of war, and live in extreme poverty. Many were child brides of men much older than them. The dolls are made by Afghani widows who are committed to a better future for their daughters.

The purchase of a doll or a donation to Rising International doesn’t just help the family for a day or a week; it changes lives. When a mother heads up her own micro-enterprise, her daughter’s life is forever changed. The daughters of the Afghani entrepreneurs are less likely to be married off at an early age, less likely to become pregnant, less likely to be sold into the slave trade and less likely to contract HIV. They are more likely to be properly nourished, educated and more likely  to be valued as human beings!