Isha Daramy: Saving the Lives of Women and Children in Sierra Leone

Is it fate or serendipity when chance encounters become transformational? Whatever the answer, a 15 minute encounter in the Heathrow Airport in June of 2011 changed my life and that of Isha Daramy. I’ll explain.

I was returning from a three-week trip to Italy and Greece, with a brief visit to London. I was early for my flight 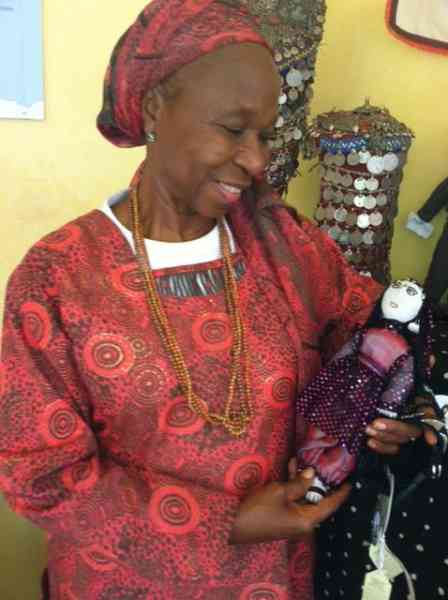 back to California. When I arrived at the area where my plane was to board, I was drawn to a woman in traditional African dress. There was an empty seat next to her so I sat down and introduced myself. She introduced herself and said her plane was late. We then launched into a to-the-point power conversation about who she is, what she’s doing and why I felt she must come to the Women Leaders for the World program in December to expand her network of support. Her plane was called and we parted ways.

As soon as I returned home I sent her information on the Global Women’s Leadership Network, which produces the Women Leaders for the World training. She applied, was accepted and arrived in California in late November of 2011.Before I tell you the outcome of her attendance, let me share a little of Isha’s story as it is nothing short of remarkable.

Isha was born in Sierra Leone and raised there in the 1950s and 60s. Her father was a a farmer but also owned several shops and, while not wealthy, he was well-established. He strongly encouraged his children to pursue education and supported their endeavors, even those of his daughters. Isha attended a private high school run by Irish nuns. In 1970 she left for England where she studied to be a nurse and registered midwife. She worked in England, returning home for visits, and at one point married a man whom she grew up with and they had a son. England remained her base where she worked. Her husband was Minister of Social Services and Rural Development. They supported one another’s work.

Isha says, “In 1986 I had a dream, to establish a Mother and Child Centre in the village of Magbil, with the vision of improving maternal and infant mortality rates in Magbil and the surrounding area.  At this point the village people were in desperate need of a Health Centre as most clinics were miles away from the Village and the residents of Magbil and its community were worried that in a major emergency, their lives could not be saved as it was impossible for them to reach one of these distant health care facilities.

“The project was supported by the Government of Sierra Leone and the Village Chief, Haja Bomkapre Fallah and 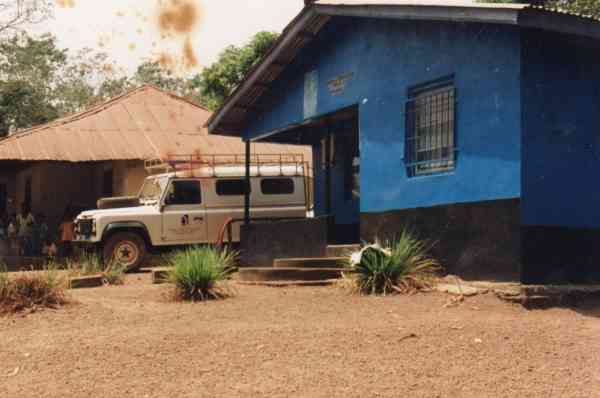 the generosity of the British midwife members of the Royal College of Midwives.  Working with men and women from the village and other agencies we were not only able to build the Health Centre, but we also established birthing centres around the village. The Royal College of Midwives also provided a Land Rover ambulance. When these facilities were in place I was able to provide appropriate training for 41 Community Workers (Formally traditional birth attendants) improve care for childbearing women.”

In 1991 a vicious civil war broke out in Sierra Leone. Funded by blood diamonds, the war took a heavy toll on the civilian population. Isha’s husband was killed, her clinic was bombed, and the workers and women at the clinic all died. It was a devastating time. Fortunately, her son was in England.

After the war ended in 2002, Isha began the task of rebuilding the clinic. She not only rebuilt the small original building, she built a second one next to it, one that contains labor rooms, bathing facilities, a new well, and a larger day clinic. Her plan is to turn the smaller clinic into nurses quarters so they have a place to stay while practicing their midwifery for the village women.

Along with her work of raising funds and building  the clinic, Isha returned to school and completed a post-graduate diploma in Management at the Guildhall University in London, and in 2006 she was conferred with a Master of Arts degree in Management studies, at the London Metropolitan University, also in London. She constantly updates her skills, most recently receiving a certificate in Emergency Obstetric Care in Sierra Leone.

When free medical care became available for all in Sierra Leone in 2010, Isha went to the markets in the villages 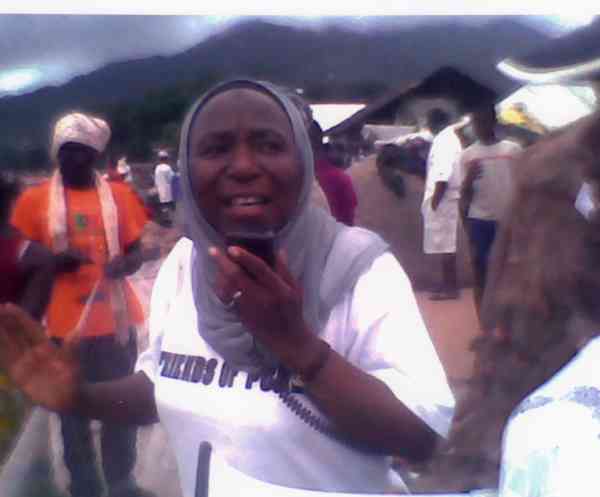 throughout the region. Armed with a bullhorn, she informed the communities about their health care options and encouraged them to get pre-natal checkups in order to diminish the danger of childbirth. As Sierra Leone has one of the highest rates of mother and child mortality in the world, Isha is committed to bringing desperately needed change through awareness, education and medical services.

This brings us to December of 2011. As I had hoped, the training opened many new doors for Isha. One of the greatest gifts of the WLW training was her joy at being with so many women from around the world who were there to support one another and to provide the camaraderie that women do so well. There is great power and possibility when we work together to manifest change.

Our larger community of women were there to support her as well. One woman offered to hold a fund raiser for her. Another offered to do grant writing for her. She stayed with me for several days and met with a group of women who sell fair trade items made by women in the developing world. While here, Isha had the opportunity to experience the generosity Americans are known for– Most of us can afford to be generous as our basic needs are met.

The evening of the GWLN fundraiser, each woman attending the training introduced herself, the country she comes frm and her goal within the next one-to-three years. Isha spoke eloquently. She said, “No woman should die in childbirth. No woman should have to die in childbirth in Sierra Leone. My goal is to build and launch more clinics throughout rural Sierra Leone so that our women will no longer face death giving birth.”

In the audience that evening was obstetrician Dr. Laura Stachel and her husband, who are also the founders of We Care Solar.  Laura had visited Nigeria in 2008 to learn more about infant mortality. She was stunned when she discovered that one of the greatest hindrances was the lack of light during deliveries, especially at night. Laura was deeply moved by Isha and invited her to Berkeley the following Monday. The one small detail that had not yet be resolved with Isha’s new clinic was electricity. There was no rural hookup so she needed to raise the funds for generators or an alternative source of electricity in order to operate the new well and for night work at the clinic.

Laura and her husband presented Isha with a solar suitcase. Filled with Led lights, extensions and 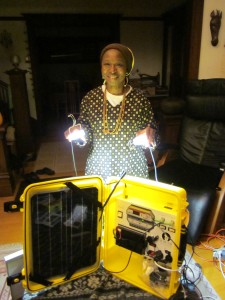 obstetrician’s head lamps, Isha was suddenly in a position to officially launch the new clinic! In early February Dr. Laura Stechel and a couple of women from We Care Solar went to Sierra Leone for the grand opening of Isha’s new clinic in Magbil. Further, Dr. Stechel was ready to provide more solar suitcases for additional clinics where light makes the difference in saving the lives of mothers and children.

Isha is not setting on her laurels or taking a well-deserved break. She is now touring rural Sierra Leone to find the best possible sites for her next clinics. One thing about each of us who are members of the Global Women’s Leadeship Network: We are unstoppable and we are always searching for new possibilities to expand our life’s work!

Like so many women worldwide, Isha knows that she can make things happen.

HOW YOU CAN HELP:  Isha is in constant need of funds for medical supplies and will need additional funds to purchase land for her next clinic. You can contact me at rain@vanillaqueen.com to learn how to provide assistance.

The Global Women’s Leadership Network is a non-profit arm of the Leavey School of Business at Santa Clara University. Scholarship funds are needed to assist women leaders from around the world to attend the Women Leaders for the World training. Go here for more information and to donate to this wonderful program.