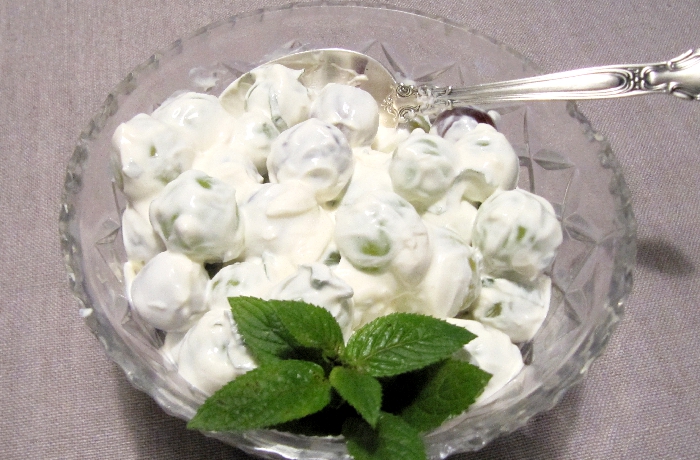 When I was fifteen, I spent a memorable summer with my Connecticut cousins. Our Aunt Patricia (yes, I was named after her — we were known as Big Pat and Little Pat) worked and lived in New York City, and in our eyes she was all we aspired to be.  My cousin Deborah and I took the train to Manhattan and spent a day with Big Pat. It was a classic New York summer day — hot and sultry — but my aunt had prepared a sophisticated cold lunch, which included the perfect dessert: half-frozen table grapes in sweetened sour cream. This was before yogurt was mainstream and sour cream was considered a gourmet item. I’ve been making some version of this refreshing dish ever since.