Several years ago I had a terrific recipe for shortcake biscuits. Naturally, I lost it. I didn’t know this, of course, when I decided that it 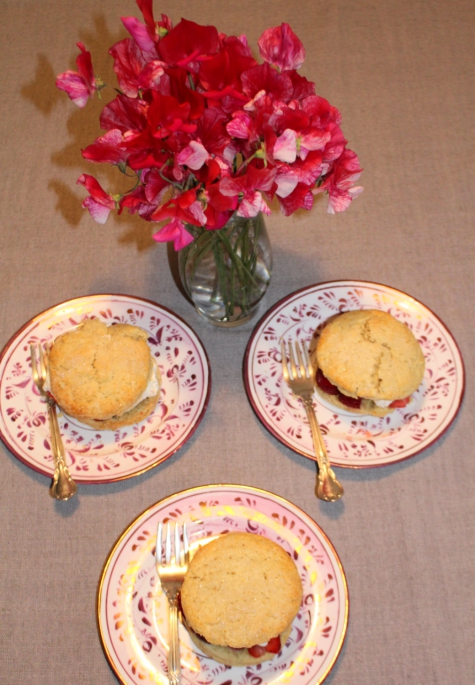 would be the perfect dessert to bring to a party I was attending. Even though it was late in the season, the warm, sunny days we’ve had has meant a never-ending abundance of strawberries and, even as I write this, it appears it’s far from finished.

Can you imagine warm shortcakes filled with juicy berries and whipped cream (or Greek yogurt if you must) for breakfast? This is what got me through a lot of cookbooks and ultimately led me online where I scored. The winning shortcake? Made by James Beard’s mother!

Here’s the surprise: James Beard wrote over twenty cookbooks but never included his mother’s recipe. However, he did confide in his friend, Larry Forgione that, “There can never be a better dessert, only fancier.” Forgione ended up with the recipe, included it in his book, An American Place (Morrow, 1996), and it was a hit.