Written by Patricia Rain on May 1, 2020. Posted in Brunch, Comfort Foods, Entrees 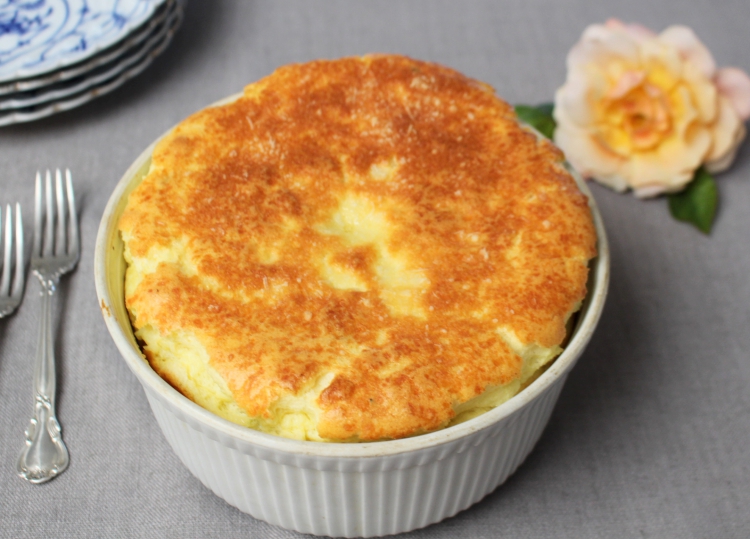 I have a confession to make. Until yesterday, I have never made a cheese soufflé. This is a somewhat startling revelation given I’ve been cooking since I was five years old. When I was younger, I was intimidated by the idea that it might fail and I would have what I assumed would look like a pancake. (It won’t). This was of especial concern if I had guests waiting for a spectacular dinner that failed.