Halloween, Days of the Dead and a Gift for You! 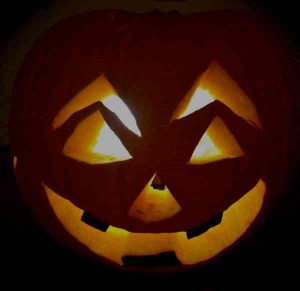 Remember how excited you were as a child, thinking about what you’d be for Halloween and how much candy you’d amass? The chill and thrill of walking through your neighborhood, door-to-door after dark?

It’s interesting how a holiday with deep roots in pagan beliefs and early Christianity is widely celebrated as a secular holiday hundreds of years later. Halloween, as we celebrate it here in the US, has its origins in both early Celtic/Gaelic pagan practices and early Celtic Christianity in the British Isles. Samhain (pronounced Sow-ain,) fell between the end of the summer harvest and the beginning of the dark time of the year. It was believed that the spirits and fairies were especially active during this time and that the souls of departed family members were out and about. In Ireland and Scotland large rutabagas or turnips were hollowed and carved to represent the goblins and ghouls. The candles warded off potential danger from malevolent spirits. This later evolved into the custom of carving Pumpkins into Jack-O-Lanterns in the United States.

Mexico and Central America have a similar celebration of honoring family members who are deceased – the preparation of their favorite foods, and the creation of special sweet breads and sugar skulls are part of their tradition. While it would appear at first glance that the Mexican Days of the Dead and the British Isles holidays are related, they are actually quite distinctive and different. 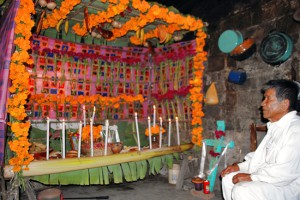 The Mexican Days of the Dead go back 3000 years and were practiced in Mesoamerica. The holiday was originally celebrated for two months during what would be August and September on our calendar. It was a time to honor the deceased. The skulls represented death and rebirth. The Spaniards tried to stop this “heathen practice” without success. Ultimately, they allowed it to continue, but only between October 31st and November 2nd. November 1st was to honor babies and children and November 2nd was in honor of deceased adults.  The Days of the Dead are now integrally tied with the Church.

Here at The Vanilla Company, we like to honor the Totonaca Ancestors, on the Day of The Dead. The indigenous Totonacas of Coastal Veracruz state, are the descendants of the people who gathered and harvested vanilla in the forest and are credited as the first to domesticate vanilla. For the Totonacas, vanilla is a sacred gift bestowed on them by the gods in ancient times. In addition to honoring the dead with altars, adorning gravesites and putting out foods and beverages for their ancestors, they also prepare a beverage. It is a potent mixture of Everclear and vanilla beans that rests for at least a month before serving. This homemade extract is not used for baking but is drunk while celebrating the holiday. Every Totonaca family still has a vanilla vine or two in the space next to their homes even if they no longer grow vanilla for sale.

In Papantla, the center of the Mexican vanilla industry, November 2 is also the day of the burros and donkeys. Not only did the burros and donkeys carry firewood, crops and even grass and hay for their meals, they carried the tin boxes filled with vanilla beans down through the mountains and hills to the rivers where the beans were then floated in flat-bottomed boats to the sea, where they were loaded onto boats and taken to the main port and the ships traveling to the US or Europe.

To celebrate, we are making Hot Churros and frosting Day of the Dead cookies. While Churros originated in Spain, they are now a festive celebratory sweet enjoyed throughout Mexico, by children and adults alike.

Halloween reminds us, here in the US, that the holidays are just around the corner. The Vanilla Queen’s book, Vanilla, is the perfect gift for cooks, bakers, food historians, and anyone who in interested in knowing more about where the ingredients they use come from.

Our Gift to You

If you find the history of vanilla as intriguing and fascinating as we do, Buy two copies of Vanilla (autographed by the Queen herself), Between October 31 and December 1, 2014, and get a third autographed book just for You!

Add a few vanilla beans to your order, and you’ve got perfect holiday gifts, ready to go! Buy Your Copies Now

Have a happy and safe Halloween!